A Day on the Costa Rica Trip 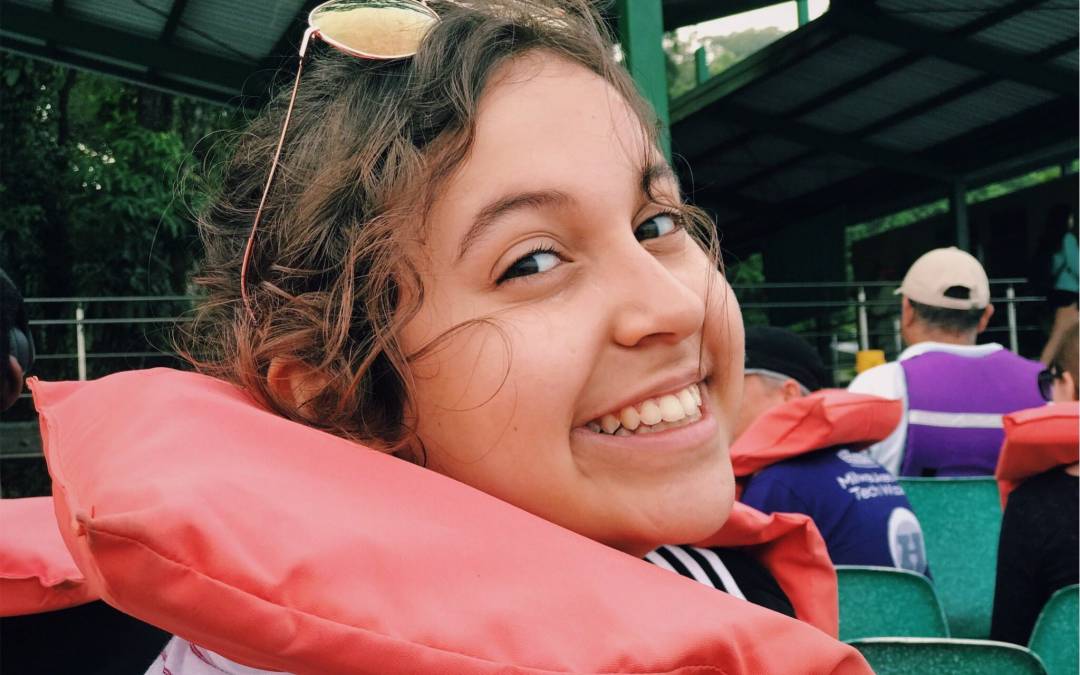 This past spring, Highland Community School’s 8th graders embarked on an adventure of a lifetime as their capstone project. These Highland students traveled to Costa Rica on a journey that brought to life not only their study of Spanish, the environment, history, and culture but tested to their developing independence and global citizenship too.

Maeve Haley, one of our 8th-grade students, shares a glimpse into “A day on the Costa Rica Trip” with her photos and the essay below. We hope you enjoy this look into this life-changing trip.

A Day on the Costa Rica Trip by Maeve Haley

I woke up to the sound of a rooster yelling at the neighborhood to please wake up! Faint colors of dawn shone through the thin linin curtains- blues purples, and yellows. I woke my best friend who was sleeping beside me. We started the day by first greeting our host family, who had most likely been up for quite a while. As we later learned, Costa Ricans like to start their days very early. I stumbled through my Spanish in an attempt to greet my host mother. We had a breakfast of delicious Costa Rican fruit: pineapples, papaya, my favorite, and watermelon. To top it all off, our mom made us each steaming cups of coffee.

After our brief breakfast, we hurried to quickly wash up and get ready for our long day ahead. We were just about ready to go when we looked at the time and saw that we had about three minutes until we had to be at our stop to be picked up. We dashed out the door, waving goodbye to our host family, and ran the short distance to where some other students from our group were waiting to be picked up. Thankfully we didn’t miss the giant bus that soon picked us up.

The day’s first stop was “The Green House,” which was simply a green house. We were asked to bring ten dollars to contribute to buying the supplies needed for our day of community service fixing up a little park. At the Green House, we used everyone’s contributed ten dollars, and picked out several different kinds of flowers and purchased cans of paint and cement that were all delivered to the park.

Because our bus was so big, we parked just off the main road and walked up a big hill and the rest of the way to the small park. We were greeted by local children who were eager to take a look at the strange American teenagers who were then invading their favorite place to play. Once it was well established that we were simply there to help and fix up their park, they started helping us out.

I was put into one of the planting groups, and our task was to plant flowers and small trees along the wall of the park. While it doesn’t sound too hard, I was told to plant a small tree in one particular spot. We were all well aware that we should be drinking water and staying hydrated, but I had started to show some symptoms of dehydration. Ignoring this, I kept on working. I dug my shovel into the earth and hit a rock. This was not, in fact, the first hole I had ever dug in my life, so I knew that I could probably be able to dig up the rock or dig around it somehow. I was wrong.

I am a swimmer, so I would say I’m fairly athletic and strong. That being said, I thought I was going at that hole pretty hard. During my whole hole debacle, two older women were just staring me down, and sometimes they would speak to me very quickly in Spanish, but I didn’t know what they were saying. The situation was just very stressful. I was sweating, and I didn’t know what to do. Eventually, a guy with a giant machete came over and just destroyed that hole. I was trying to be considerate of the worms, but this guy was not.

After the flower planting, the rest of the group finished up with their tasks of painting and pouring cement. To be honest, I don’t think that our tour guides thought we would finish that quickly, so we had some time to kill before we left. I talked to a bunch of kids who lived in the neighborhood, and they brought several dogs to come to hang out with us. There was a little girl who was carrying around a different dog every time I looked up at her.

After we put in a fair amount of community service hours, we packed up our bus and headed to El Rancho. El Rancho is owned by the organization that that organized our trip, and it acted as our home base for most of the trip. We had quite a bit of downtime at El Rancho. There was a pool, so some people swam. El Rancho had good WiFi, so some people contacted their families, but I read a book. It was a pretty good way to wind down after an eventful day.

At about the time we needed to leave, it started to rain really hard, so we packed up our things and got on the back on the bus and went back to our host families. We made it home just in time for dinner where we had spaghetti with fruit, and fried plantains – delicious. At this point, I was exhausted and decided to get to bed early because there was another eventful day ahead. What an unforgettable trip! 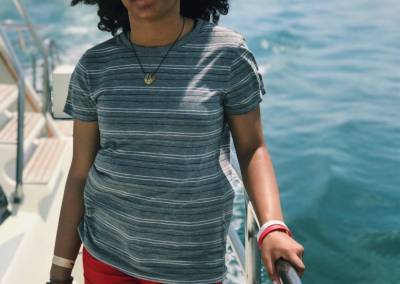 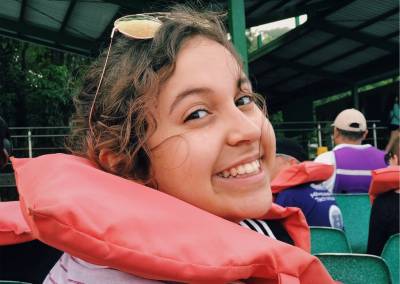 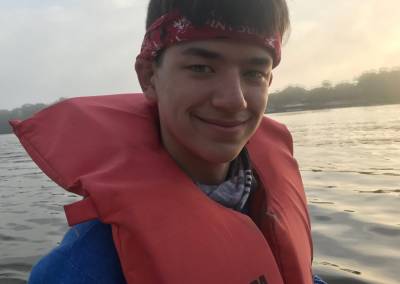 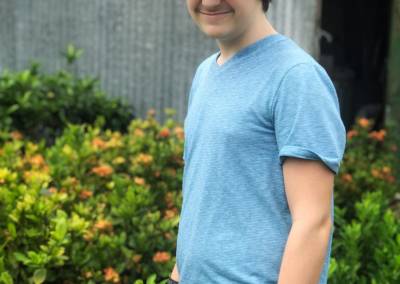 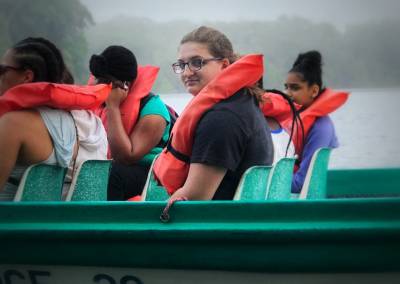 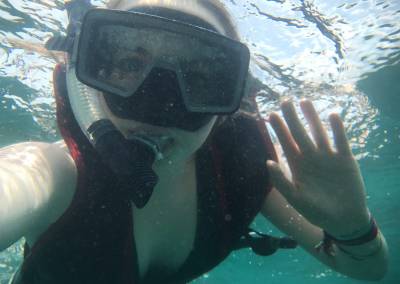 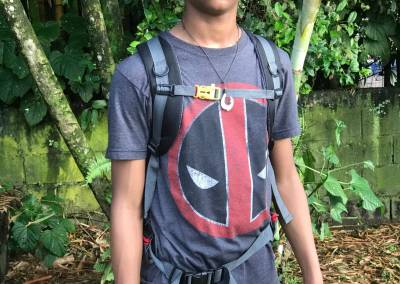 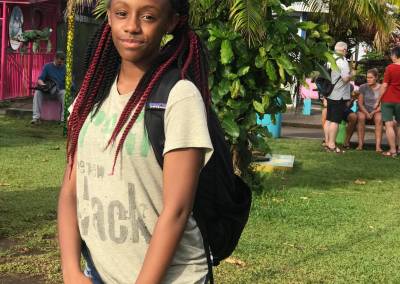 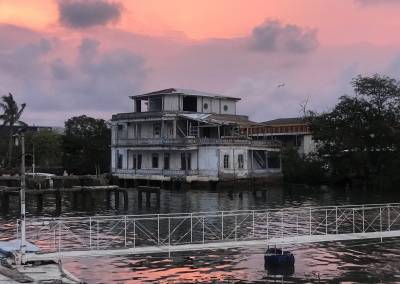 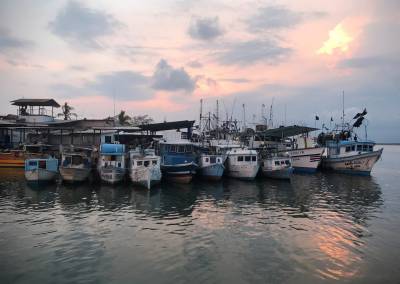 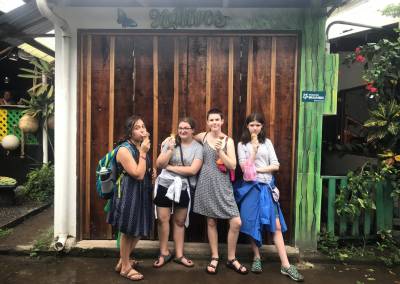